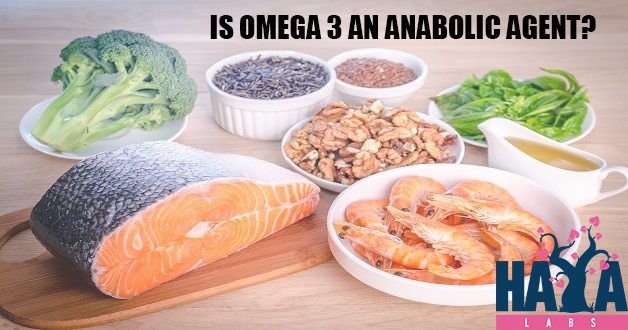 Is Omega 3 an anabolic agent?
0
2575
We found an interesting article in the American Journal of Clinical Nutrition and wanted to share it with you. It seems that one of the numerous benefits of fish oil concerns older people looking for a good looking and muscular physique. We all know that when time passes our hormonal production drops, the catabolic processes increase and the muscle mass atrophies.

But what happens with the strength and muscle mass when you give elderly people fish oil supplements. The scientists and nutritionists at Washington University School of Medicine say that supplementing with it can increase them both. Yeap! You read that right! A supplementation with fish oil after your 60s can make you stronger and more athletic and they have proven it via clinical trial.

Why is this more interesting from the remainder of research we have published so far?
Mainly because of the fact that the subjects in the study were not athletes and have never trained in the last decades. That proves that this study applies to everyone whatever their physical activity is.

The study
The university scientists team divided healthy women and men whose age varied between 65-85 years into two groups.
One of the groups took fish oil containing totally 1.86 EPA and 1.5 DHA fatty acids per daily dose of 4 fish oil sofgels. Usually this amount is to be found in around 400 grams of salmon, sardines or herring, but take into consiedration the fact that cooking destroys the omega 3 fatty acids or severely reduces their content.
The other group was a placebo one called control group in the research. They received the same amount of oil, but made of corn. Holding almost none properties at all which is what made it perfect as a placebo agent.
We had to note that the supplements were taken always with a meal.
read more
» The myth about Omega 3 and Omega 6 fatty acids

2 softgels with breakfast and another 2 with their last meal for the day.

*Omega 3 can be obtained from plants and seeds, but in far lesser quantities of EPA and DHA.
What were the results after 6 months ?

The bodyweight and composition did not change during the whole trial of six months. The subject’s muscle size however did change. And guess what? The difference was quite significant.
Bear in mind that the subjects were elderly people and that’s why the control group did lose some muscle tone during the whole 6 months. Atrophy is a normal process which affects us all. What was noted was the increase of hypertrophy in the fish oil group which had bigger and also stronger muscles.
White bars: After 3 months; Grey bars(the second ones): after 6 months

The supplementation gave the tested men and women more strength in their hands. They were able to make more reps by squeezing hand grips with springs. In addition to these measurements their bench press, leg press and leg curls increased as a result of supplementing with the rich omega 3 oil.
Is omega 3 an anabolic agent?
In 2010 the research team published their research which proved that omega 3 fatty acids can be considered as an anabolic stimulation supplement at molecular level in people in the over 60s.