Probably every one of us has been drowned or just experienced a feeling of tiredness after a meal, especially after a more abundant snack. In healthy people, this condition, called postprandial hypotension (PPH), is reached after many natural processes in our body, whereas in predisposed individuals it may be the result of their disease.

Here we will follow the series of physiological and biochemical reactions that occur in our body after feeding and lead to drowsiness. We will also discuss some hypotheses that could explain why we are having a nap after lunch (and not only).

The old popular theory of the onset of PPH is that it is due to the body's desire to redistribute some of the blood flow from the brain to the abdominal cavity, as well as the difficulties in regulating systemic circulation that arise later. Over time, there are more and more new facts that could challenge this thesis as the only root cause of this type of hypotension.

Response by the parasympathetic nervous system 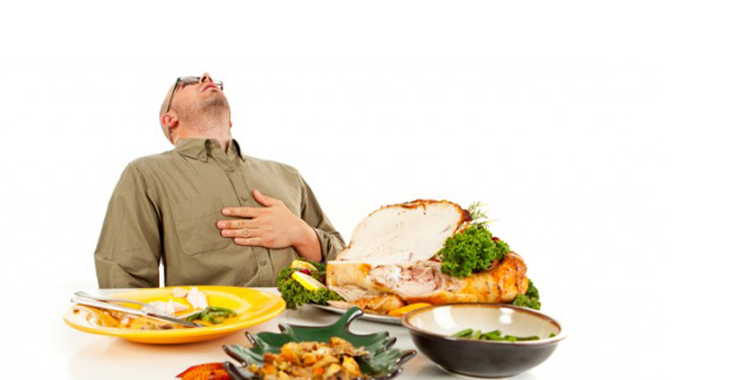 From this article, you are already familiar with how nerve impulses are transmitted along the paths of the reflex chain. Similarly, the stimulants that arise from passing the food into the stomach are transmitted from the afferent fibers of the vagal nerve to the brain. From there, the information is transferred to other channels again to the stomach.

In the next stages of digestion (the movement of food in the gut), signals are also transmitted along these nerve pathways. The parasympathetic nervous system is activated (it regulates the body's resting functions - it stimulates the digestive system, activates a number of metabolic processes and supports its relaxation). This, in turn, leads to a change in heart rate, acetylcholine and nitrous oxide release and subsequent expansion of peripheral vessels.

It has been found that the strength of the hypotonic reaction to carbohydrate intake is associated with the time for which food is lowered from the stomach into the small intestine. The less this speed, the less pronounced the manifestations are.

• The amount of food taken - the bigger it is, the higher the PPH;

• Increases insulin levels - this has a "depressing" effect on the blood vessels of some skeletal muscles. In itself, it may have a vasodilating effect.

• It has been shown that eating high glycemic index foods 4 hours before bedtime results in a shorter sleep onset latency.

• Until recently, it was thought that only foods rich in carbohydrates could trigger such a reaction. However, newer studies prove such possibilities for both fat and some insulinogenic proteins (whey).

• An American study of 1996 suspects the involvement of calcitonin gene-related peptide (CGRP), which is released after carbohydrate intake, and levels of this peptide in the blood increase in those individuals with a decrease in blood pressure of more than 15 millimeters per mercury.

• Glucose suppresses the activity of so-called orexin neurons that keep us awake.

• Another hypothesis suggests that insulin secreted after feeding produces a mild degree of hypokalaemia (low potassium in the blood).

read more
» How Much Sleep Do We Really Need?

It is manifested with fatigue, muscle weakness, and other symptoms.

• Age is also a factor - PPH is mostly characteristic of aging people. It is believed that there is inadequate reflex from some systems in the body to food processing.

• Foods rich in the amino acid tryptophan may provoke drowsiness, but only if they are taken on an empty stomach. Tryptophan is a precursor to the hormone serotonin, and he, in turn, to melatonin.

Diseases of which PPH is characteristic:

PPH carries a risk for the elderly (over 80 years), as the body has impaired regulatory mechanisms and impaired cardiac and metabolic functions. For healthy and young people, PPH is not a danger.

As a preventative measure, specialists recommend reducing the consumption of carbohydrate-rich foods at once and their separate acceptance. In other words, eating smaller doses more frequently. It is recommended that food is diversified and that sugar and alcohol are avoided or reduced. It is also good for hypertensive patients to avoid taking antihypertensive medicines before a meal. Walking after eating in some cases could be beneficial.

Medical practitioners use psychoactive drugs as well as α and β-agonists.
More recent studies show a favorable influence of guar on such states. It helps slow the emptying of the stomach and reduces the drop in blood pressure.

In conclusion, if you suffer from any of the above diseases for which sleeping after a meal is quite expected:

• start exercising under the control of your doctors

• Do not drive after a meal