Home
»
Nutrition
»
Flaxseed
Flaxseed
0
960
The scientific name of linseed is Linum usitatissimum, and its relationship to humanity is not just about the food industry. Flaxseed has been used since ancient times in the textile industry as well as in the creation of sails for sailing ships.
Flaxseed is mainly used for oil production, and there are two main types of seeds for culinary and industrial use. Mainly brown and gold seeds are similar to nutrients, except for Solin, which contains only 1 / 10 of the usual amount of alpha-linolenic acid (ALA) in linseed.

In the raw state, flax seed varies in color from yellow, amber and gold to light, dark or red-brown. White and green seeds may also be encountered, but they are usually harvested long after their full maturity and therefore are not recommended for consumption. Avoid black ones as well.

Origin
Cultivation of linseed dates back to the period between 4000 and 2000 BC. and is characteristic of the countries bordering the Mediterranean as well as in the Middle East. Its origins are connected even with a more ancient period during the Neolithic period.
From the beginning, the plant has been used both in the culinary industry and in everyday clothes and other textiles. This application is still in place today, although production has become more specialized, and in the USA and Canada, for example, more oil-bearing varieties of flaxseed are used to make different types of oil.

Flaxseed oil, unsuitable for consumption, is used in the wood industry, fine art, and more. The oil that is suitable for consumption can be used for animal feed or in the culinary industry. Oilseeds are classified as oilseeds alongside soy, rapeseed, sunflower seeds and peanuts. The world's largest flaxseed producer in Canada, followed by Russia, France, and Argentina. Today flaxseed is considered to be nutritious food containing valuable nutrients.

Flaxseed is high in omega-3 fatty acids, mainly represented by ALA. However, flaxseed oil can not provide the required amounts of EPA and DHA.
It also contains lignans - fibers that have a role in antioxidant protection due to their polyphenol structure. It should be noted, however, that lignans are also among the few naturally occurring substances in foods that function as weak or moderate estrogens when consumed by humans. Another characteristic of linseed is water-soluble gel-forming fibers that support the activity of the gastrointestinal tract.

The cardiovascular system can be omega-3 fatty acids in linseed and ALA itself. Alpha-linolenic acid can help protect blood vessels from inflammation. Flaxseed consumption is believed to increase the blood ALA levels even if the seeds were used in bakery products such as bread or muffins.
read more
» DETOXIFY YOUR BODY

This protection is also provided by lignans that can suppress platelet activation (PAF) formation, and it increases the risk of inflammation when it is high.

The risk of oxidative stress in blood vessels is also lowered by the consumption of flaxseed due to the antioxidant content of manganese and polyphenols (including lignans). Direct research on flaxseed and its relationship to blood pressure are limited and mainly associated with flaxseed oil. But the benefits of omega-3 fatty acids as help in regulating blood pressure are well known and, because of their excellent content, the theoretical flaxseed could increase the overall consumption of omega-3 and thereby reduce the risk of high blood pressure. 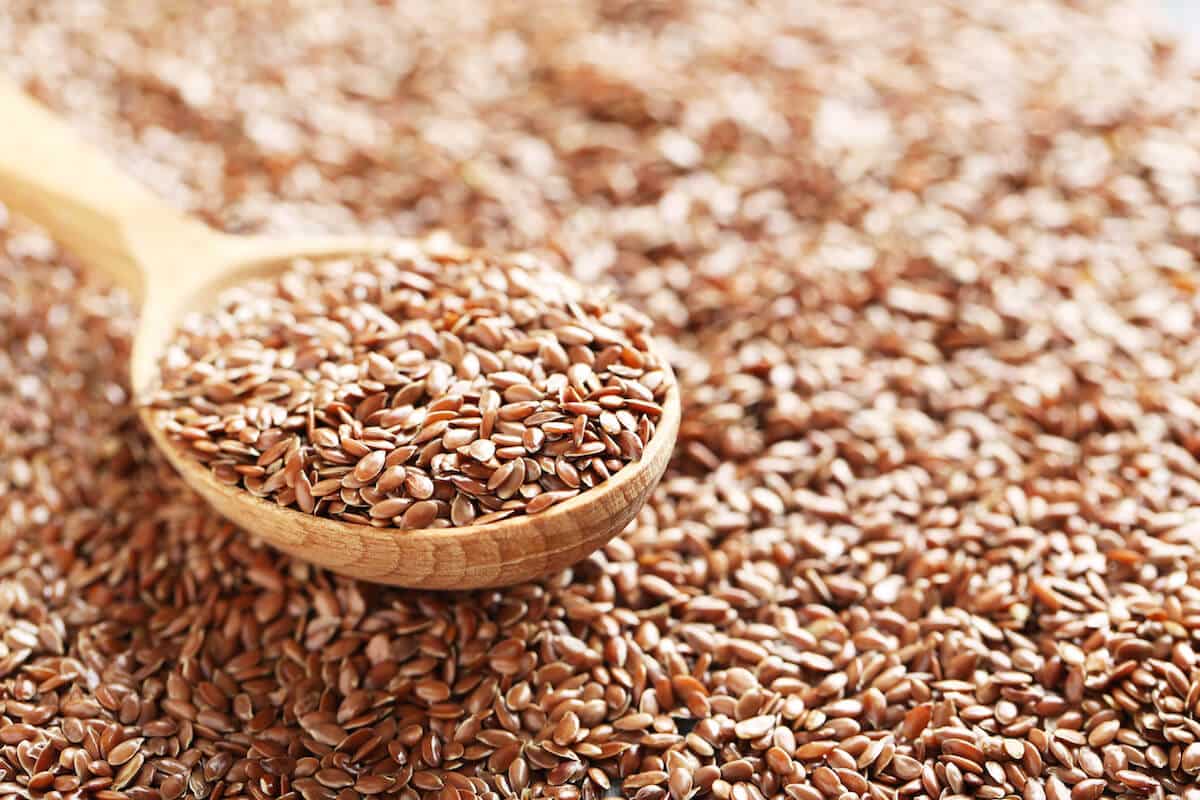 The antioxidant and anti-inflammatory properties of flaxseed are not limited to cardiovascular activity. Oxidative stress (most commonly associated with an antioxidant nutrient deficiency), as well as increased inflammatory processes that may be associated with this stress, are common risk factors in several health aspects, such as the development of insulin resistance, type 2 diabetes, asthma, obesity, metabolic syndromes, others. Therefore, the inclusion of foods that have proven to have antioxidant benefits, such as flaxseed, is recommended in such conditions.

Beneficial influence on the digestive tract

As already mentioned, flaxseed has a high content of dietary fiber and gel-forming fibers that can help the intestines absorb more nutrients by slowing down the fast passage of food through the intestine. However, if you overdo the fibers, you may have a laxative effect.
More research is needed in the future on the benefits of flaxseed as a risk factor for cancer of the colon.

There are controversial studies about the influence of flaxseed on menopausal complaints (hot flashes, etc.). Some studies confirm the beneficial influence, while others do not. More research is needed in the area, but at this stage, it is known that some women can reduce the unpleasant symptoms of menopause by adding flaxseed, while other women are not a good choice.

How to Choose and Preserve Flaxseed

Flaxseed can be purchased whole or ground. Because whole seeds are difficult to chew when they are crushed, their digestibility is improved. However, pre-ground flaxseed has a shorter shelf-life. If you buy milled flaxseed, be sure the pack is full, tightly closed and protects it from light. After opening, store it in the refrigerator for about 6-16 weeks.

Flaxseed combines great with both salty and sweet foods. How you will consume it depends mostly on your personal preferences. You can add it to other seeds and nuts, yogurt, salads, soups, shakes. Flaxseed is also among foods that successfully replace eggs in different recipes. Consuming it can be varied by adding it to bread and other baked goods, but it's good to do it at the end of cooking because of the high fiber content in it.
Remember, however, no matter what foods you add it, it is always preferable to crush it or courage it to learn better..
Haya Labs products: